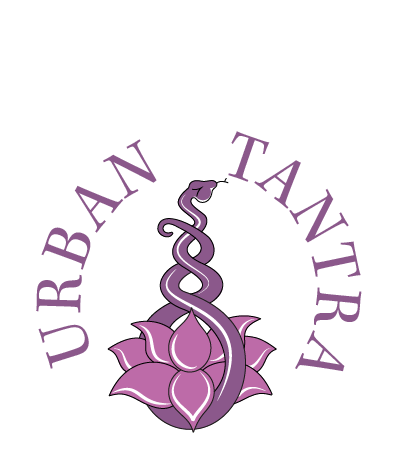 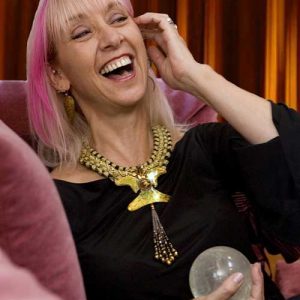 Barbara Carrellas is the founder of the Urban Tantra® Professional Training Program. She is the author of Urban Tantra: Sacred Sex for the Twenty-First Century, Ecstasy is Necessary: A Practical Guide to Sex, Relationships and Oh So Much More, and Luxurious Loving: Tantric Inspirations for Passion and Pleasure. Barbara’s pioneering Urban Tantra® workshops were named best in New York City by TimeOut/New York magazine. She was awarded a 2016 Sexual Freedom Award for Lifetime Achievement. Read more… 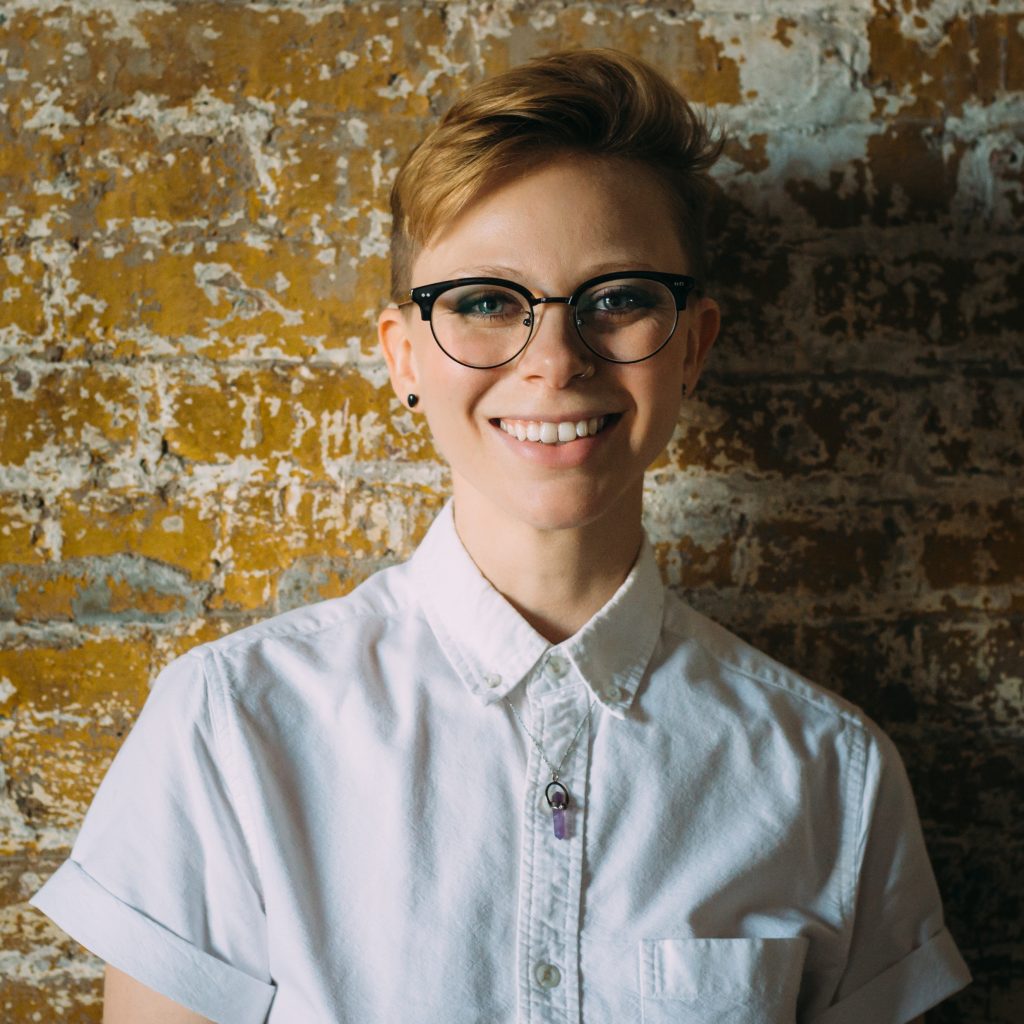 Elise Bish is a facilitator, event producer, and Desire Catalyst. She is currently serving as the Worldwide Urban Tantra Program Coordinator, supporting us in holding space for authentic intimate connections, nurturing community relationships, and calling in new adventurers to the work. She has over 8 years of exceptional experience supporting visionaries with manifesting their dreams through healthy creating and relating.

Elise believe that the purpose of life is to walk though the world with our desire leading the way, and to breathe in the fullness of existence with all of our senses. As a Desire Catalyst, Elise combines systemic family constellations, embodiment practices, and conscious sexual skill building to support her clients in cultivating a healthy relationship to their desire. Her work stems from a range of modalities that centralize the wisdom of the body and it’s capacity to perceive, feel, and express. Elise approaches desire from a multidimensional perspective, with consciousness at the core of her practice.

With over 8 years of container holding, sacred sexual practice, and her Batchelor’s Degree in Communications and Women & Gender Studies from Muhlenberg College, Elise brings a unique and varied skill set to the team. She honors and deeply respect the polarities that exist within all of us. She has the skills to see the connectedness of your bliss, your block, and your vision. Whether you’re trying to create a dynamic experiential weekend for your clients, or a sacred ceremony for community healing, Elise consistently shows up with intention, presence and grace. 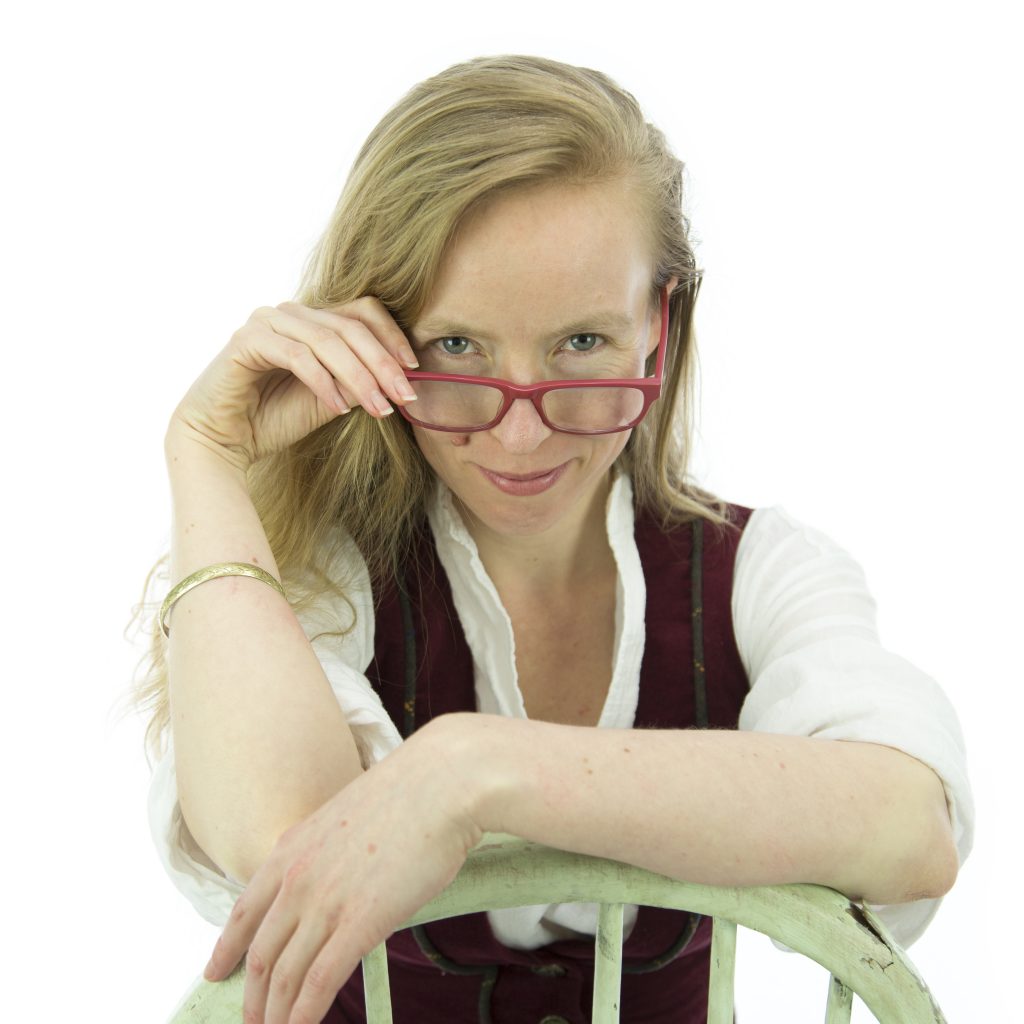 Rowan is a sex magician and interfaith minister, with a dual bias towards sex and god, and a passion for curating spaces and creating experiences that demonstrate their intrinsic connection. A champion of love in all its forms, their work is a permissive portal into radical intimacy – with yourself, with others, with the Earth, and with a divine who worships you, just the way you are. 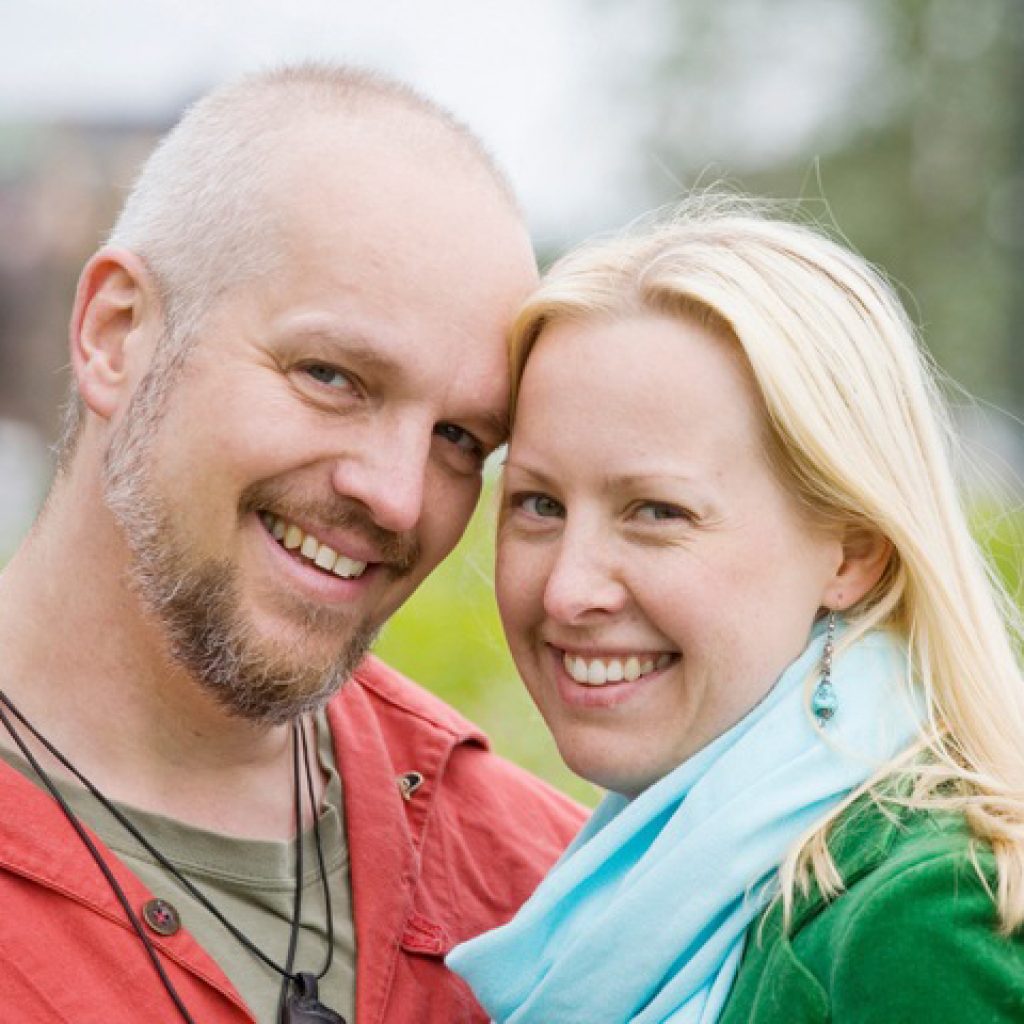 Jennie and Calle Rehbinder—pioneers, visionaries, educators on sex, love and intimacy, and devoted to spreading spiritual and sexual inspiration, have been teaching workshops since 2004. Their focus is how on to create deep and loving relationships and how to have mindblowing sex. Barbara Carrellas is their most important inspiration, source, and teacher since 2009, and also a loved friend.

Jennie is a touch therapist, sex coach and educator, and is passionate about sexual empowerment. “I love creating a space in which I can be a catalyst for sexual freedom and deep self love. I want to inspire people to open up to the immense wisdom of the body, being able to feel deep pleasure that transforms on all levels. I want to give people tools and ways of thinking so that they can explore and define their own sexuality.”

Calle is an artist, storyteller, writer and teacher. His quest is to inspire— creating Magic Rooms wherein anything can happen. Different traditions of sex magic as well as shamanistic practices have been parts of his path for more than 20 years. What really matters are methods for creating a more ecstatic, joyful and pleasurable everyday life for everyone, with more presence and more love. The attitude of play is most important—an effective path to deep spiritual experience and existential understanding. 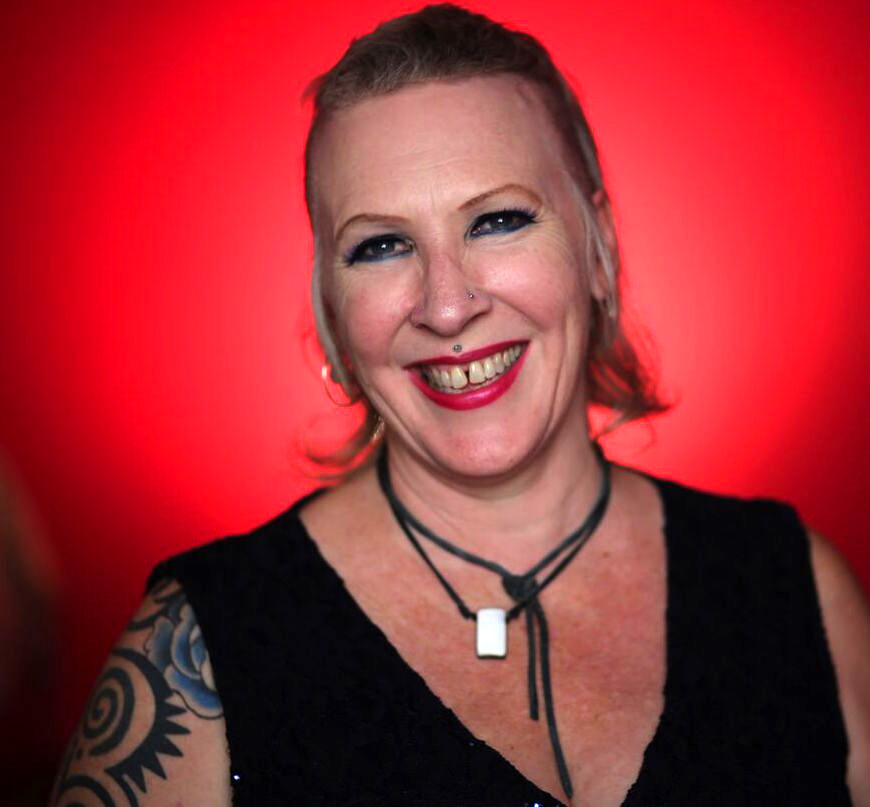 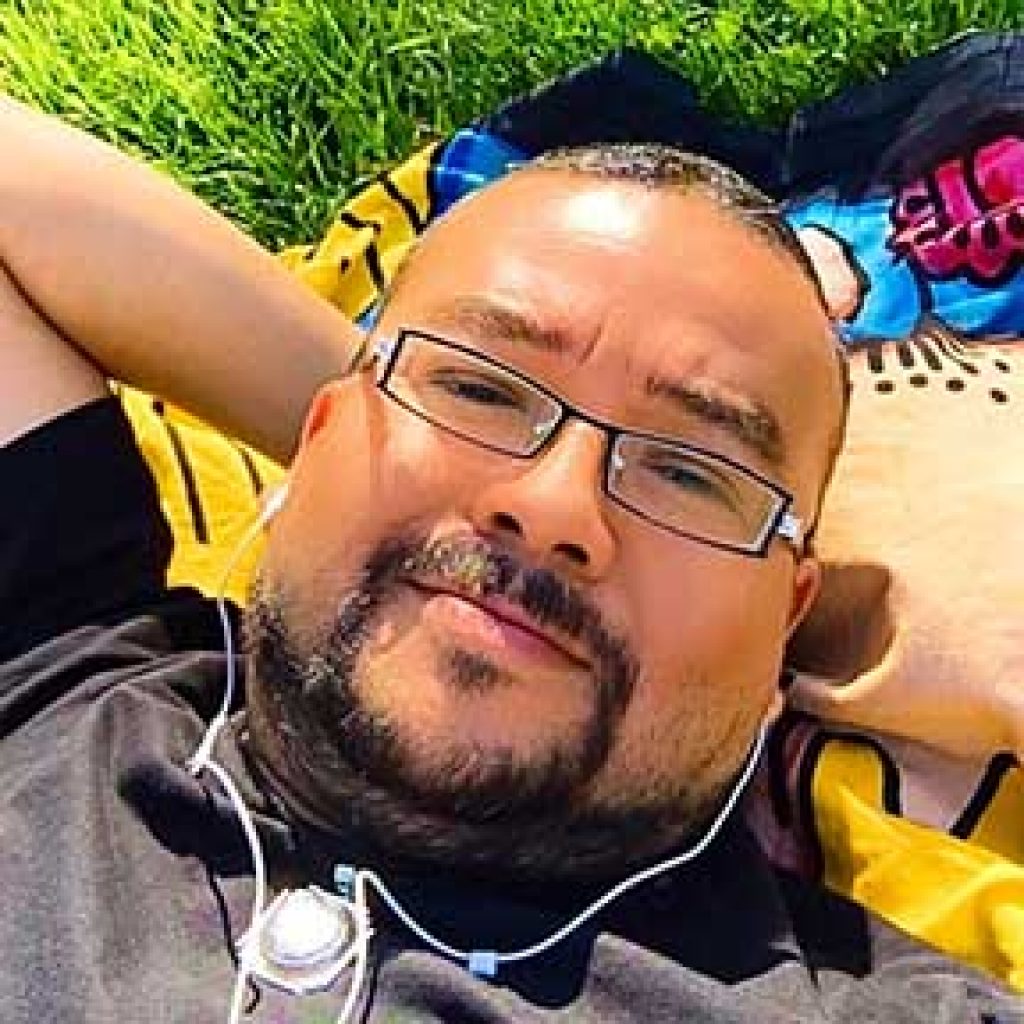 Andrés (he, him; they, them) is a sex educator, sexuality researcher, and embodiment coach. A self-proclaimed pleasure activist, he advocates for promoting holistic and integrated healing and wellness practices that recognize sexual expression, gender identity, and sexual orientation as fundamental components for living a happy, fulfilling life. 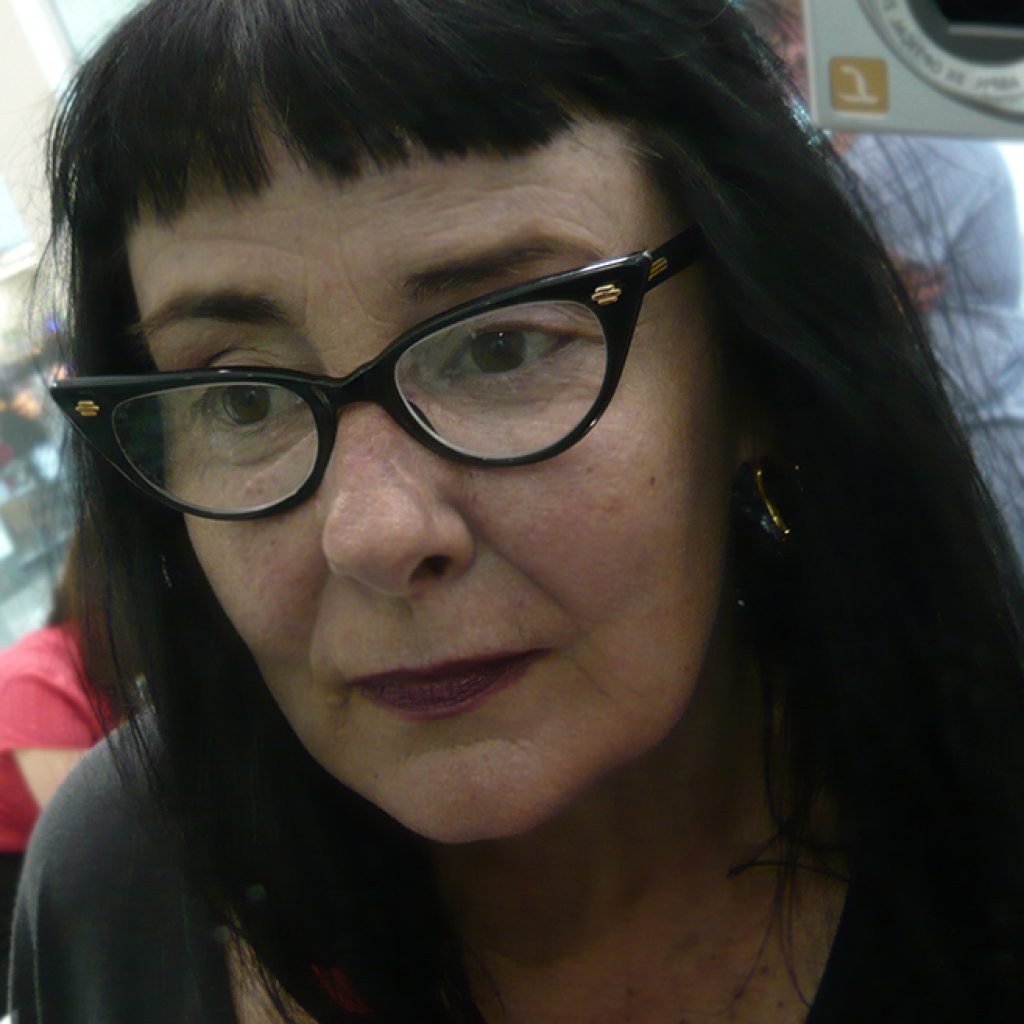 The experience of Urban Tantra® was completely transformative for me. It was so little about sex and so much about conscious loving that I have never been the same since. When I came home after Urban Tantra® I could feel people being infected with my love. I was turning people on just by being with them. It is the most intensely, powerfully liberating, spiritual experience that I have ever had.

After Urban Tantra® I started to study Sexology because I knew I couldn’t stop what had begun to birth inside of me, and that was just as liberating. I then went on to study sexual shamanism with Kenneth Ray Stubbs and that was deep! 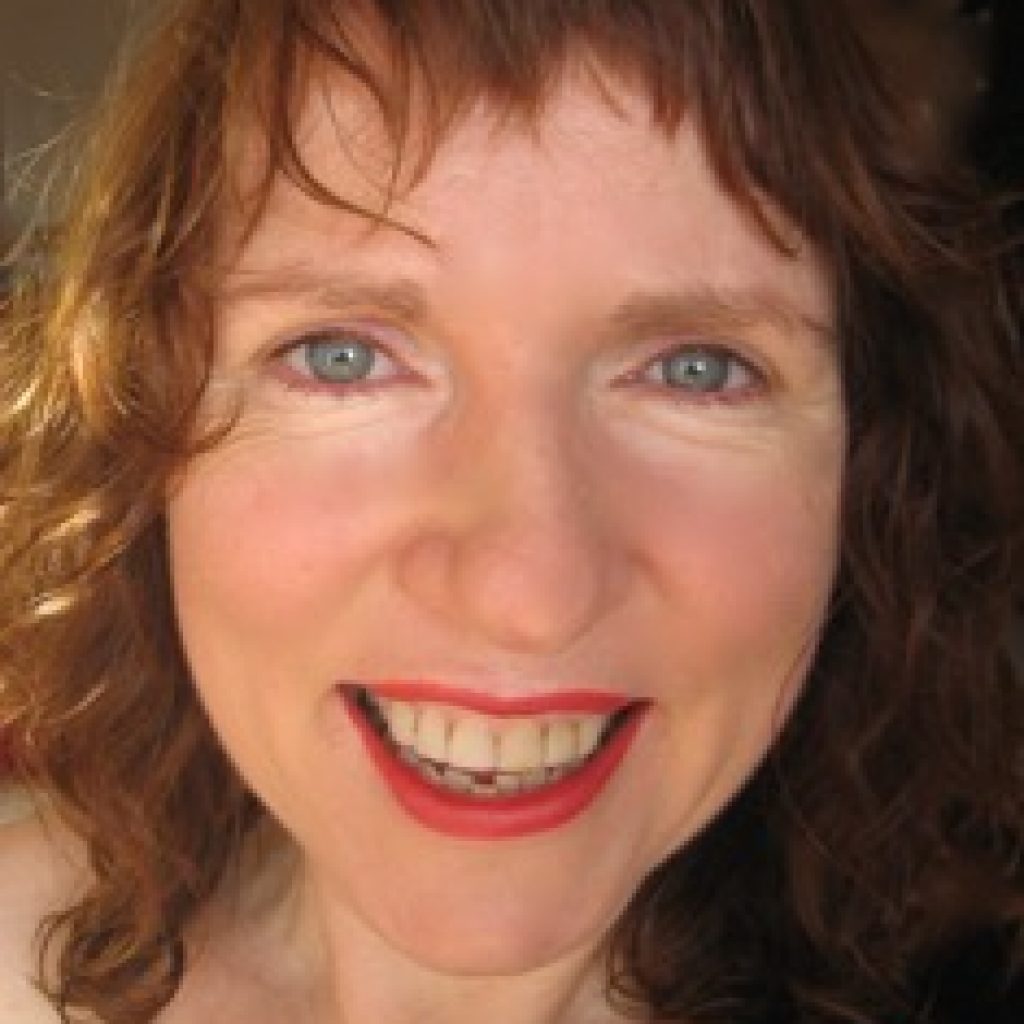 Catherine Carter was a founder of Urban Tantra—one of the original co-conspirators—and a longtime Professional Training Program team member. Read a tribute to her here. 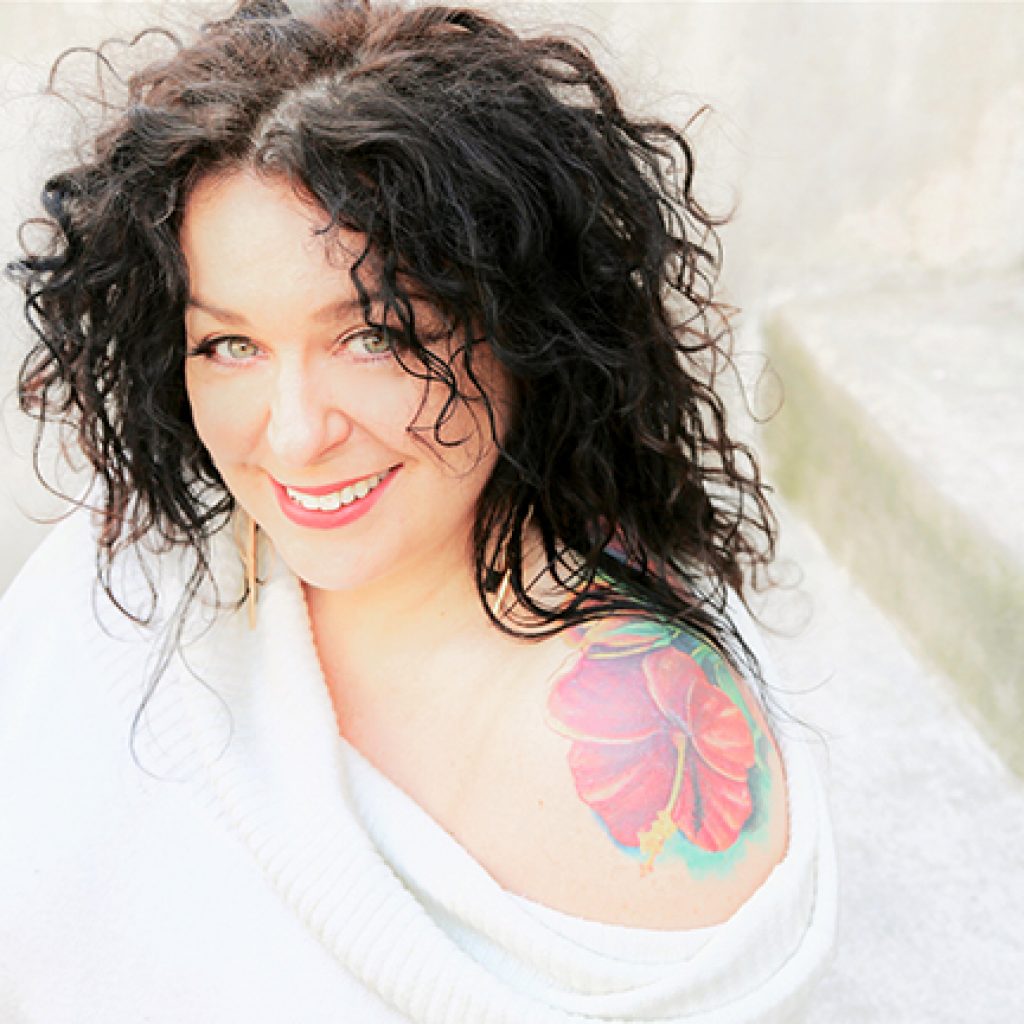 Cyndi Darnell is one of Australia’s leading qualified sex therapists and educators, spearheading progressive and inclusive sex education workshops and seminars for adults that deeply change people’s lives. She has a passion for public sex education and has presented her work to acclaim across Australia as well as London, NYC and L.A.

She is also a writer, published academic author and media commentator in her native Australia, whose opinion is frequently sought for TV, radio and print including The Project, ABC Radio, The Age, Sydney Morning Herald, Cosmopolitan and much more. Cyndi has also been a featured guest on popular podcastsSex Out Loud with Tristan Taormino and Sex Nerd Sandra.

Other than sex, Cyndi has a passion for NYC, textiles, animals and an absolute dedication to thinking and living outside the square. She offers private sessions internationally via Skype and face-to-face in Melbourne Australia. More info can be found at www.cyndidarnell.com, Twitter and Facebook. 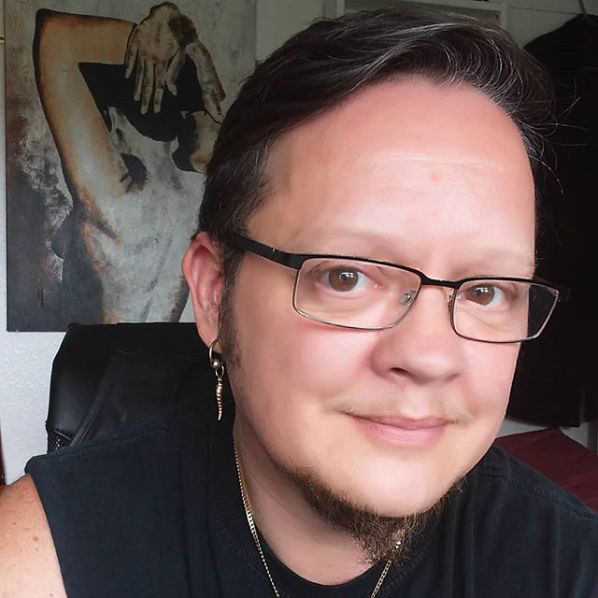 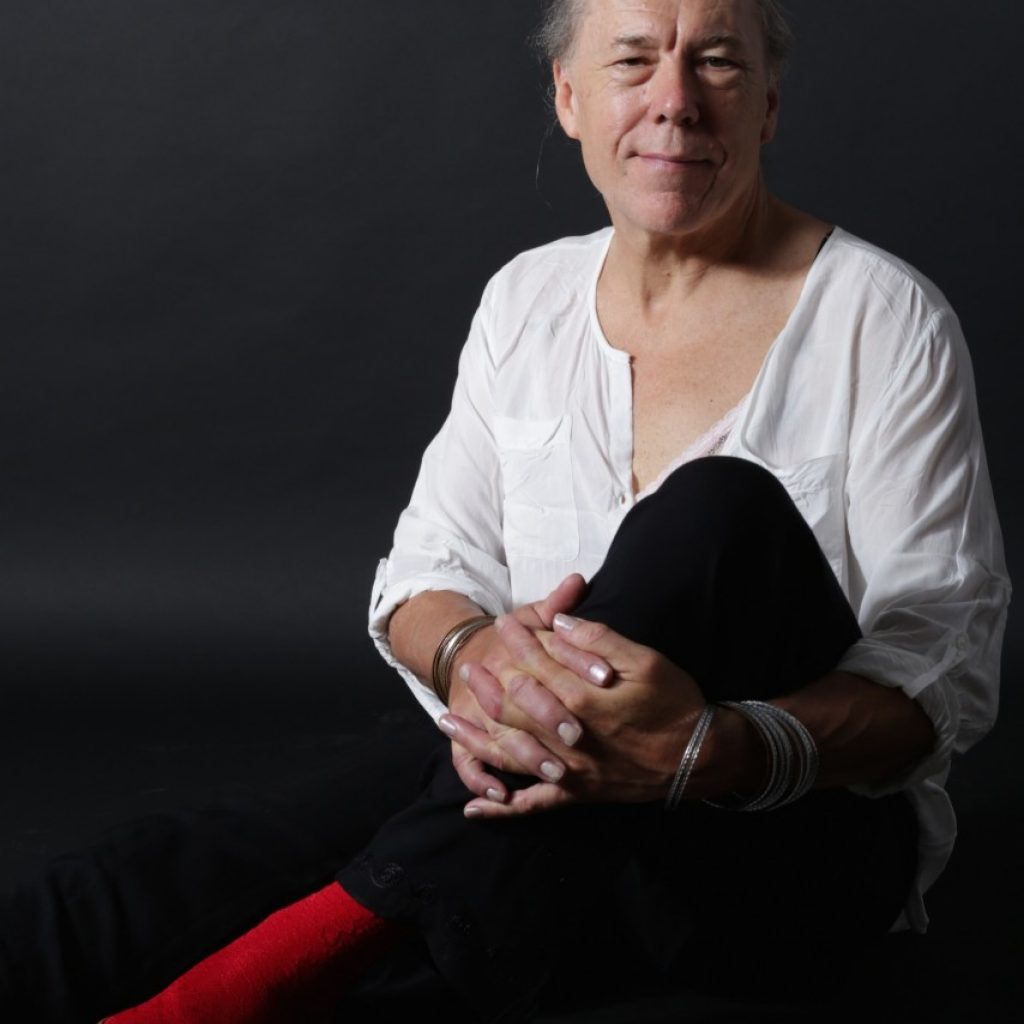 Lola says, “I am a long time devotee of the practice and principles that Urban Tantra® embraces. I’ve been a teacher for almost 20 years, I have taught people about their bodies, their minds and the world in a wide array of settings: one-on-one, small local venues, large national events, colleges and universities. My work ranges from consent and self-image to the dark arts and the complexities of culture and technologies.

I bring my unbridled enthusiasm and passion for Urban Tantra® to every single individual who seeks this path.” 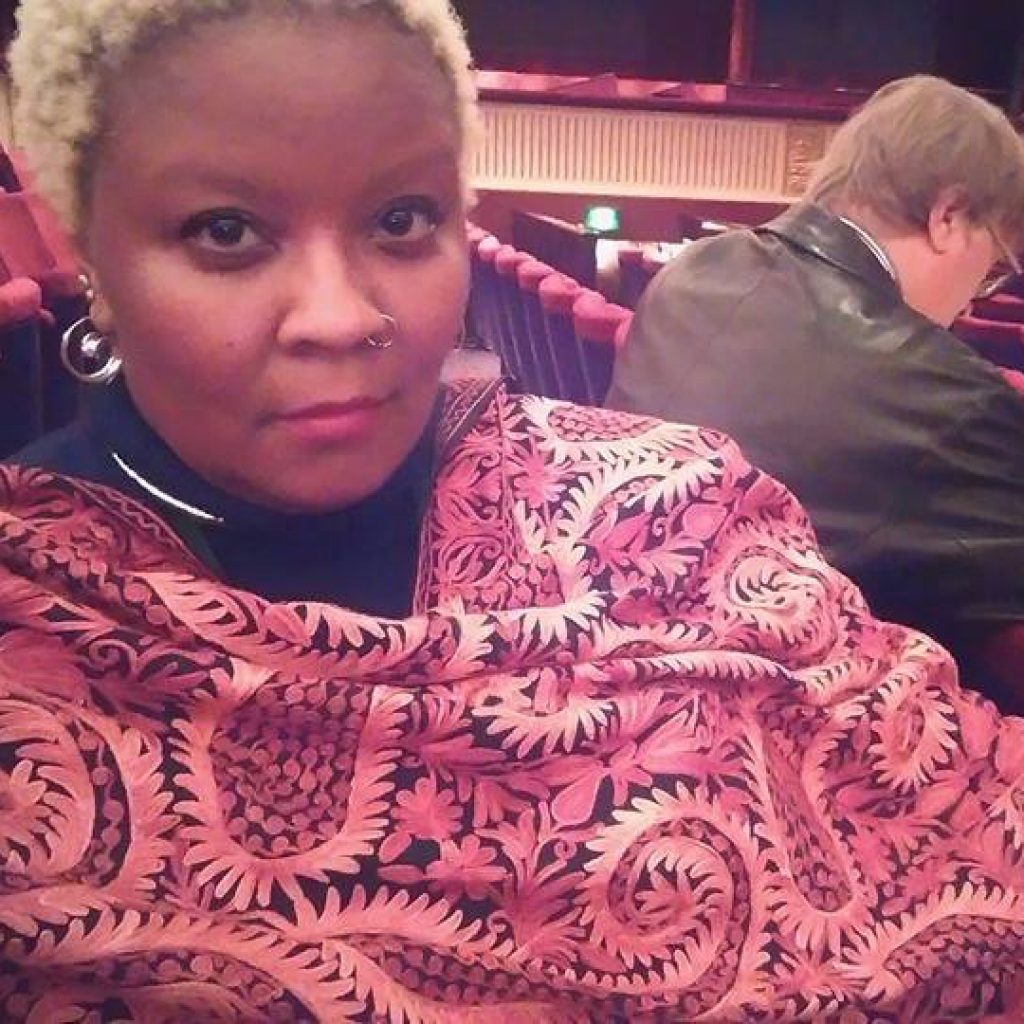 As a graduate of the Urban Tantra® Professional Training Program and member of the support team in both the U.K. and U.S., she is committed to supporting Ms. Carrellas in bringing her powerful message of spirituality, radical sexuality and kink to a broader audience and is pleased and honored to have been invited to be a part of this magnificent mission. 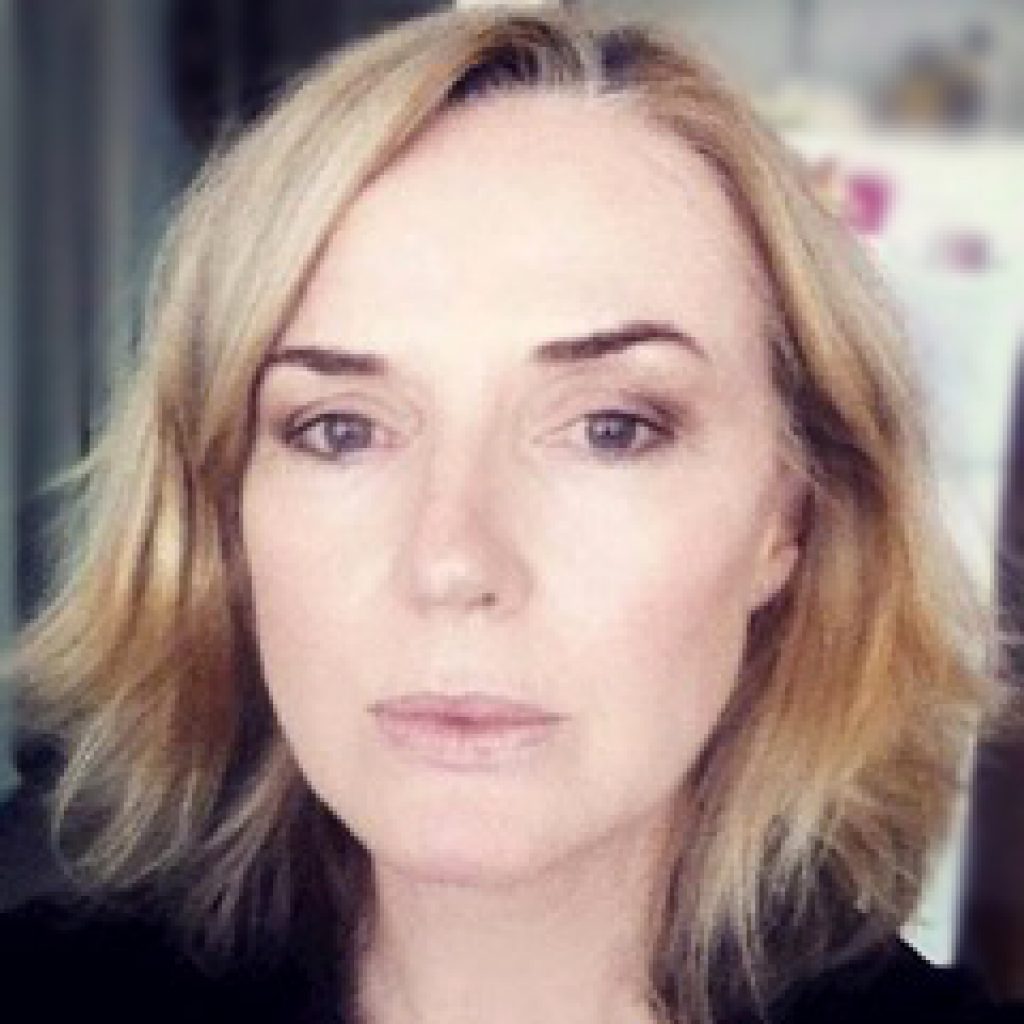 Read more about the Program or Register now!

Sign up here and we’ll let you know when we add additional  dates and locations.

Thank you so much for contacting us. We will get back to you shortly.